I show up to work and I am the only one in HR. Weird, but whatever. I had left a few things out on my desk that I knew corporate would need instructions on how to do (because again, no one listens – much less to me) so I checked my email, got my breakfast ready and sat down. Finally one of my co-workers shows up. I thought wow, they are really making me wait for something. A little backstory – traditionally we have some sort of breakfast/brunch for the people who were leaving, at the very least, and in HR we usually had a card everyone signed. When our new Regional HR Manager asked during one of these “This is nice – how often do you guys do things like this?” I blurted out “Well, pretty much anytime someone leaves which lately has been quite a few times”…sorry if the truth hurts!

9am rolls around, and it’s still just my one coworker and me. Crazy. I start asking where everyone is. She looked at me like I was nuts and said “Oh they aren’t coming in – didn’t you know? Coworker #2 left for her vacation yesterday, and boss and counterpart went to Little Rock to meet with BCBS”. What. In. The. Actual. HELL was going on? You BEG me to stay an extra day, AND FOR WHAT? So I asked about our other coworker, who coincidentally had put in HER two weeks’ notice right after I did, and she didn’t know why she wasn’t there yet.

Phone rings and it’s our Lost Coworker – I don’t even remember what her excuse was for being late because I immediately started in on her with questions. She said “Oh no they aren’t coming back – you mean he didn’t tell you? Yeah, right after you left last night he said ‘We won’t be here tomorrow – blah blah meeting with BCBS. It will be interesting to see how long Tonya stays tomorrow’.” By now, my blood is BOILING. My first thought was to walk out right then and there, but coworker #1 was at the post office getting the mail and I still had a key and access card to turn in. (BTW, I am a rockstar at turning keys in. #gfy) So I sat and I stewed and came to the realization that no one cared if I was there or not, and they damn sure weren’t doing anything as far as a send-off for me unless you count not letting the door hit me in my ass on the way out.

Coworker #1 came back from the post office, and Lost Coworker showed up. I then announced I was going home to finish packing and Lost Coworker felt guilty I guess and offered to take me to lunch. I agreed to come back for that and left. I met my hubby on his way in/my way out and told him the short version. He was also pissed, understandably, and agreed to go to lunch with us. I went home, changed clothes and started gathering and loading up stuff. Mad doesn’t even begin to describe how I felt. Truth be told, there was hurt in there as well.

The best part of this is I got another free meal out of corporate since the new Regional HR Manager invited herself and the two new temps. Big deal in the grand scheme of things. I’m not one for overly sappy sentiments but still…a precedent had been set.

Just as with the severances, A PRECEDENT HAD BEEN SET. That I apparently wasn’t important enough to benefit from. So now I’m wondering, WTF did I come back for this BS for? As per usual, my “group” sat together and the “others” sat together. No intermingling. So uncomfortable. I guess because Lost Coworker felt bad that I broke down and *gasp* cried while on the phone with her is how I got into this mess in the first place. FYI I cried because I was PISSED. I hate it when that happens…but it does.

So yeah, I took the free lunch. And then I WALKED THE FUCK OUT OF THAT PLACE. I left my key and access card on Coworker #1’s desk, with a Post-It note and left. 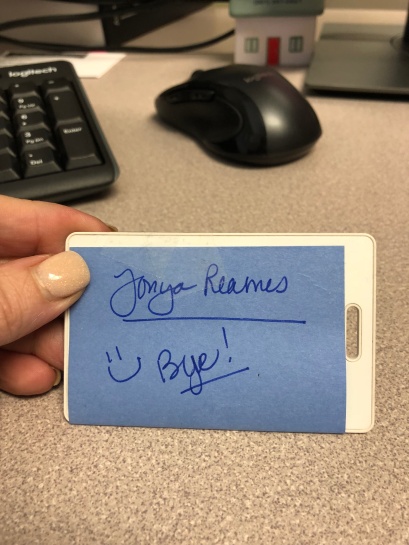 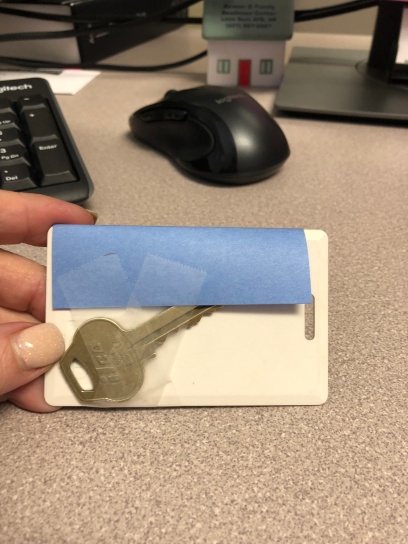 And I haven’t looked back since.

Published by Between The Snark & A Blogspace

I am not ashamed to admit that I am 50-something, married for 30+ years to the same guy, have three adult children, bonus daughter and son, adorable grandson, and three spoiled rotten Chihuahuas. I am ashamed to admit that it took me this long to not care what others think about me and seriously pursue my dreams. This includes letting my gray hair grow wild and free, day-drinking and cracking wise about the stupid stuff people do. View all posts by Between The Snark & A Blogspace

This site uses Akismet to reduce spam. Learn how your comment data is processed.